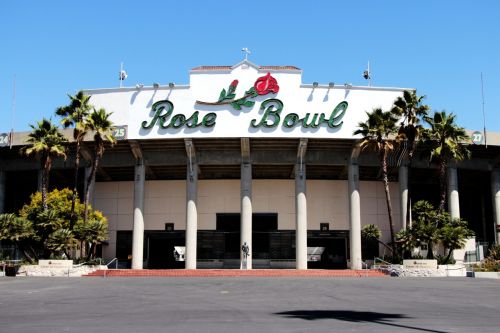 The Rose Bowl is American college football’s oldest post-season bowl game. Although it began in 1902, before the Rose Bowl Pasadena stadium was built, the annual battle between two of the top college football teams has been played in Pasadena, California for more than 100 years. That is, until January 2021 when the game was moved to Arlington, Texas due to Covid-19 restrictions in place throughout California.

The change of venue and a social media post from the mayor of Pasadena CA led to a short-lived trademark lawsuit that was argued in May and eventually decided in July. The trademark litigation was brought by the Tournament of Roses Association (the Association), a non-profit organization that hosts the Rose Bowl Pasadena game among other events during the new year timeframe. The Rose Bowl lawsuit was filed against the City of Pasadena claiming the city falsely claimed joint ownership of the Rose Bowl game in an Instagram post.

In January, Pasadena’s mayor, Victor Gordo told The New York Times that the Rose Bowl game belonged to the city. That same article also stated that Pasadena and the Association share a trademark regarding the name of the football game. Additionally, the City of Pasadena posted about the change of game venue on the Rose Bowl Stadium’s official Instagram account and used the Rose Bowl trademark.

However, the city further argued that its use of the trademark was allowed because it was not likely to cause consumer confusion and the trademark was simply used to describe the Association’s product (the football game) in what is known as “nominative fair use.” The defense of nominative fair use is appropriate in cases where a party using a registered trademark is not attempting to create consumer confusion or pass off a company’s brand or reputation as its own.

Who Has the Burden of Proof in This Trademark Litigation?

The City of Pasadena filed a motion to dismiss the Association’s complaint and the U.S. District Court heard oral arguments in May. The City was required to show three points:

Based upon the city’s defense in its motion to dismiss, the Association then had to show that the city’s use violated trademark law.

In its July ruling, the court determined that the Rose Bowl Pasadena football game is not easily identifiable without using the words “Rose Bowl.” The judge mentioned that the city could have referred to, “the game played on New Year’s Day in Pasadena” but decided the use of the trademark was acceptable rather than this vague description. Also, the court held that using the mark twice to identify the game was reasonably necessary and the Association did not argue that using the mark two times would be per se unreasonable.

In its July ruling, the court determined that the Rose Bowl Pasadena football game is not easily identifiable without using the words “Rose Bowl.” The judge mentioned that the city could have referred to, “the game played on New Year’s Day in Pasadena” but decided the use of the trademark was acceptable rather than this vague description. Also, the court held that using the mark twice to identify the game was reasonably necessary and the Association did not argue that using the mark two times would be per se unreasonable.

Lastly, the court did not find proof to support the Association’s argument that the City of Pasadena tried to imply a legal association with or sponsorship of the Association in the post. Instead, U. S. District Court Judge André Birotte Jr. ruled that the city did not attempt to cause consumer confusion or misappropriate the Rose Bowl Game in its post. The judge further mentioned the long-standing beneficial relationship between the parties and how the defendant city has promoted the plaintiff’s game for decades while the Association has encouraged those promotions.

Overall, Judge Birotte ruled that the city’s post did not violate trademark laws because it fairly used the Rose Bowl name to identify the Association’s product (the game) and not to confuse the reader into thinking the game was the city’s property. The nominative fair use defense raised in the city’s motion to dismiss was accepted and the lawsuit was subsequently dismissed with prejudice.

The Impact of the Rose Bowl Pasadena Trademark Litigation

After the City of Pasadena’s motion to dismiss was granted, Mayor Victor Gordo claimed victory and thanked Judge Birotte for dismissing the Rose Bowl lawsuit that was, "ill-conceived and full of egregious assertions." At the same time, the Tournament of Roses Association stated that the case achieved an important outcome because the Rose Bowl trademark has been confirmed as the sole property of the Association.

This swift ruling by the U.S. District Court may influence future sport-related trademark disputes, but the impact may spread to other trademark matters in a broader sense. Not every trademark lawsuit can be resolved in a few months and protracted litigation can cost time and money if a business brand is challenged.

Your business trademark represents your identity and reputation. If your mark has been misused or infringed by another company, you need to act to protect your company’s rights. Trust the skilled trademark litigation attorneys at The Trademark Lawyer Firm, PLLC to analyze your unique situation and create an action plan catered to your business needs. With more than 5,500 successfully registered trademarks under our belt, we have the experience it takes to ensure your trademark is shielded from wrongdoers.

Contact us at (888) 504-1623, or complete our online form to schedule an appointment with one of our Ann Arbor, Michigan attorneys today.

What are Trademark Application Suspensions?

Suspensions are when your application is on hold. There are various reasons a trademark application can be suspended. However “likelihood of confusion” with prior application(s) filed and submission of foreign application are the most common reasons the USPTO may suspend an application. During a trademark suspension period, your lawyer will provide guidance on the next steps and whether it might be best to file an argument or pursue a coexistence agreement.

What are Disclaimers for Trademarks?

A disclaimer usually refers to a statement which indicates that you are not claiming exclusive rights to use the word(s) or a design element in your trademark application. A disclaimer allows for registration without creating a false impression of the registrant’s rights.

A good example of this is disclaiming “café” if your services are for a café.

What is the Supplemental Registry?

If a trademark is not eligible for the Principal Registry, there is sometimes an option to register on the Supplemental Registry.

In cases where the USPTO finds the trademark application is merely ornamental, merely descriptive, or primarily geographically descriptive, the USPTO may allow the application to be registered on the Supplemental Registry. However, over time, the mark may acquire distinctiveness and possibly become eligible for the Principal Registry.

What is the Date of First Use?

Two dates must be specified in a trademark application:

Date of First Use Anywhere: The “anywhere” refers to use in the U.S. or elsewhere. This is the date the goods were first sold or transported, or the services were first rendered under the mark. The use must also have been bona fide and in the ordinary course of trade.

Date of First Use in Commerce: This is the date when the goods were first sold or transported, or the services were first rendered under the mark in interstate or international commerce. The use of the mark must have been bona fide and in the ordinary course of trade.

What is the Renewal Timeframe for a Trademark?